Mike Merritt: The History of the Butano, Part I

Several parcels of land north of Gazos Creek, including Little Butano Flats, were developed into a farming cooperative known as Peninsula Farms in 1923. The property was subdivided into 41 parcels, many of which were further subdivided in later years. A manager of the cooperative built what is now the lower park residence (Residence #1), as well as the flume on Little Butano Creek.

In the 1920’s, the Goat Hill property was purchased by Peter Olmo. Olmo operated a dog kennel, as well as a small turkey farm on the property. At roughly the same period, Joe Bacciocco purchased the Jackson property, along with the house built by Peninsula Farms. Bacciocco, a wealthy San Franciscan meat wholesaler, did not live at the house, but instead used it as a weekend retreat. Bacciocco hosted parties that became infamous during the period of Prohibition.

He hired local resident, Hans Carlson, to serve as a caretaker for the property from 1936 to 1952. Land speculators initiated the purchase of much of the Bacciocco property, surveying 40 home sites. Many of these home sites were in the location of what would later become the present campground. The drastic decline of the stock market in 1929 sealed the fate of the land speculator, and no development occurred in the Butano area. Bacciocco retained ownership of the land.

As described above, this region soon became a rich lumber resource. Several lumber companies acquired vast tracts of land in what is now Butano SP. Land encompassing the watershed of the Little Butano Creek was owned by those individuals described above, as well as extensive holdings by the Pacific Lumber Company.

Conservation groups had been lobbying to preserve California’s coastal redwoods beginning in the 1880’s. This movement had its earliest and brightest victory in the creation of Big Basin State Park in 1902. By 1921, the preservation group Sempervirens Club set their sight upon land along Big Butano Creek, containing some of the best remaining stands of old growth redwoods in the state.

In 1928, a statewide park survey called for the addition of 12,000 acres to Big Basin State Park (encompassing Big Butano Creek). Though timber prices declined over the next few years (and thereby the value of the land), funds were not available for the purchase. As they had in the past, timber prices skyrocketed, and logging activity was renewed in the early 1930’s. In 1932, the Save-the-Redwoods League commissioned a study for the potential for a park in the Little Butano Creek area though no land purchases were made.

By World War II, the Pacific Lumber Company had purchased a great deal of the property in the area surrounding the valley of Little Butano Creek. Meanwhile, in 1941, San Mateo County planned to purchase 160 acres in what was referred to as the Butano tract (along Big Butano Creek). The county planned to develop the area for recreation with the assistance of the Civilian Conservation Corps, CCC. This plan did not come to pass, likely as a result of the war. 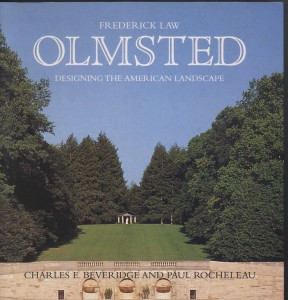 under contract with the state, surveyed the Little Butano area in 1946, recommending that a park not be considered for this region. Olmsted instead urged the acquisition of land in the Big Butano area. This area was favored by most conservationists, while the Little Butano was not. Conservationists had, by this time, placed emphasis not only on saving the old growth redwoods, but also providing easy access to them from the large metropolitan areas of the San Francisco Bay area.

Conservation efforts, however, were helped by the fact that Butano remained a rugged and relatively inaccessible area, making development difficult. The decline of lumber prices following the end of the war also assisted in the conservation efforts.(DPR 1974: 8)

Efforts were again made to purchase the Butano beginning in the late 1940’s. Many private groups (perhaps foremost among them the Loma Prieta Chapter of the Sierra Club) sought the establishment of a state park in the area. The State Park Commission was apparently convinced, and planned to acquire 4,500 acres encompassing Big and Little Butano valleys. The commission set aside funds to purchase sections of the land on a matching basis.

San Mateo County agreed to donate their tract of land in the area known as the San Mateo County Memorial Park (Zimmerman 1948). In 1954, the state appraised 1,040 acres in the Big Butano area at $800,000. The owner (presumably the Pacific Lumber Company), however, would not sell for less than $1,600,000. The State Park Commission prepared to initiate condemnation proceedings. Lacking the support of local counties (San Mateo, San Francisco, and Santa Clara), the commission began looking at alternate areas, including the Little Butano area. (Sierra Club Bulletin 1955 January: 19).

The Butano Forest Associates was formed to assist the state in acquiring and preserving 5,000 acres of the Big and Little Butano watersheds. In 1951, the organization agreed to donate $5,000 in exchange for having a 40-acre redwood grove named for their organization. Apparently, the Division of Beaches and Parks agreed, and accepted the money. The first acquisition was made in 1956, consisting of 320 acres of government land. Soon thereafter it was designated “The Butano.”

Olmo’s property, including the family residence, was deeded to the state on March 31, 1958. By 1959, the state had acquired a total of 1,900 acres. Much of the land had already been logged extensively, and those trees remaining were primarily second growth. The park was not open to the public until many years later, when facilities were completed. In 1961, Benjamin Reis, Park Supervisor of the newly formed Butano SP was killed in an accident at the park. Soon thereafter, the campground was named in his honor.

A request for $336,489 was made in the 1962/63 budget for the first phase in the development of a 90-unit campsite in the new park. The first campground included only 40 units, however, together with a graded dirt road, water system and a single comfort station. Plans were made for many more campgrounds, along with improved roads, trails, comfort stations, combination buildings, and electricity. The road through the park to the campground was completed in 1964 (with a bridge over the creek constructed that year). Over head power lines were finally installed in 1967. By 1980, the park contained 2,186 acres.

This entry was posted in "Mountain" Mike Merritt, The Butano. Bookmark the permalink.