1891: Advertising Side By Side

[Image below. Levy Brothers brick building in Half Moon Bay was destroyed by the 1906 San Francisco earthquake and fire.] 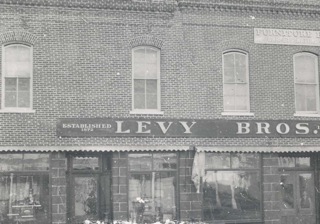 From the pages of the 1891 Coast Advocate, both Levy Bros & Williamson advertise their general stores, side-by-side.

At the time Levy Bros. was breaking new ground, opening “chain” stores in San Gregorio and Half Moon Bay. Mr. J.C. Williamson, who had worked for Levy Bros. in Pescadero, opened his own store on Stage Road (originally called San Gregorio Street.) 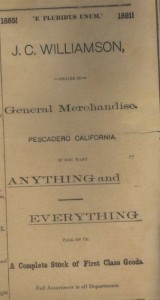