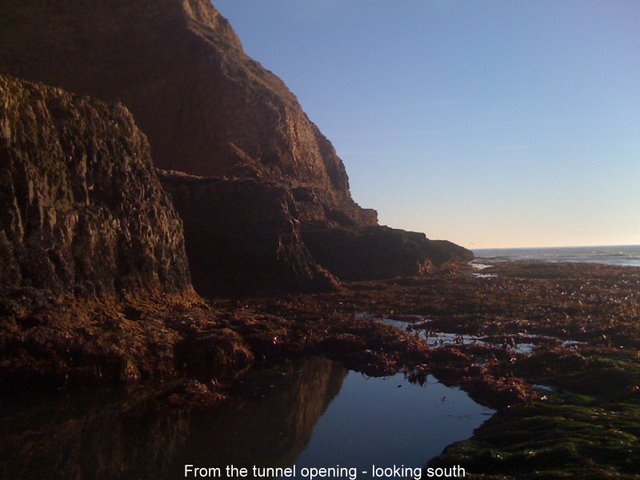 I ascended the Scree Slope to exit WW Lagoon. I would not descend that slope without a rope. I think it would be great to sink a spike in the ridge and leave a rope dangling down the Scree Slope.

Actually I never used Ashaleigh’s rope. Instead, I exited at the north end using the rope you left behind. I then walked back to my car at Scott Creek, stopping at the cliff aboe AMBS Beach to check on Ashaleigh. My timing was good as they were just beginning to climb out.

Thanks for encouraging naming conventions. Here area  few suggestions and requests for assistance: 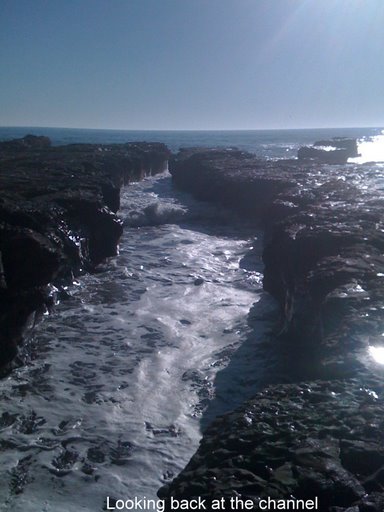 Obstacle 5 – The Scree Slope (or perhaps “The Slippery Slope)

Your name for the series of arches from WW Lagoon to the Notch – The Seven Sisters?

North Cove (bounded by the Notch wall on the north end

Central Cove (the one with the largest arch and your rope)

Have you heard back from Asahleigh?

Great photos. I can see why you feel it was a superb adventure. That was one fine low tide. Were you able to walk into the Notch or just close enough to take the picture? Looks pretty treacherous with all the slimies. That climb over the Scree slope doesn’t look too bad. I’ll have to try it sometime myself. How did you climb back up it? It would be nice to have an anchored coiled rope there, though. You must have used the rope at the rappel spot to get back on the cliff based on the last shot, of Ashaleigh. How was that?

What do you think of naming the first obstacle “The Moat?” I like the “Channel,” The Scree Slope,” “Chicken’s Roost,” and “The Gauntlet.”

Got any suggestions for the driftwood aided sheer cliff or the traverse spot or any of the other sections? I find it amusing to name them, plus it’s easy shorthand when trying to refer to them. I’ll forward Ashaleigh’s reply and hope we can combine a few of your added observations in a posting. Keep on Climbing. John 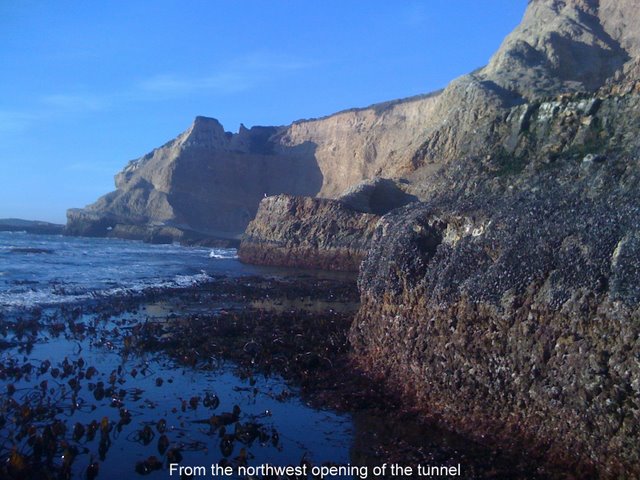 This entry was posted in John Vonderlin, Larry Fitterer. Bookmark the permalink.