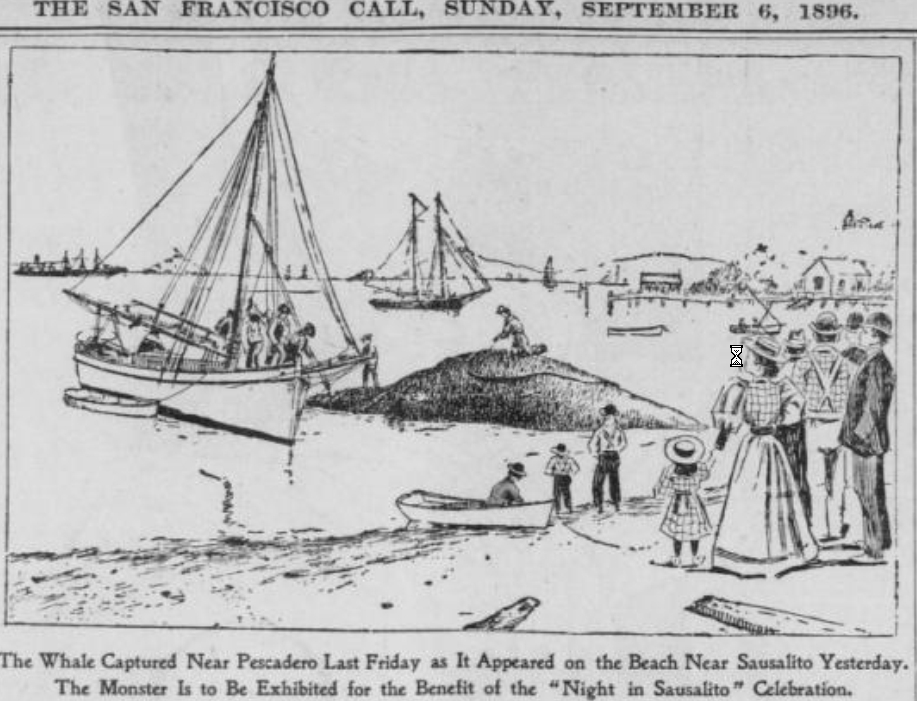 Hi June,
Here’s a story about the largest whale ever killed off our coast, supposedly. I was glad to see it was not without cost for the killers, though I bear them no grudge. Enjoy. John 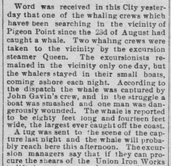 ————————
Hi June,
Here’s an interesting, if politically incorrect, story about an unusual fundraising effort. Enjoy. John P.S. Cbsr.tabbec.com is having hardware problems, but the Library of Congress has a lot of California newspapers too. This is from there. 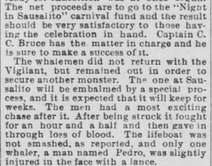