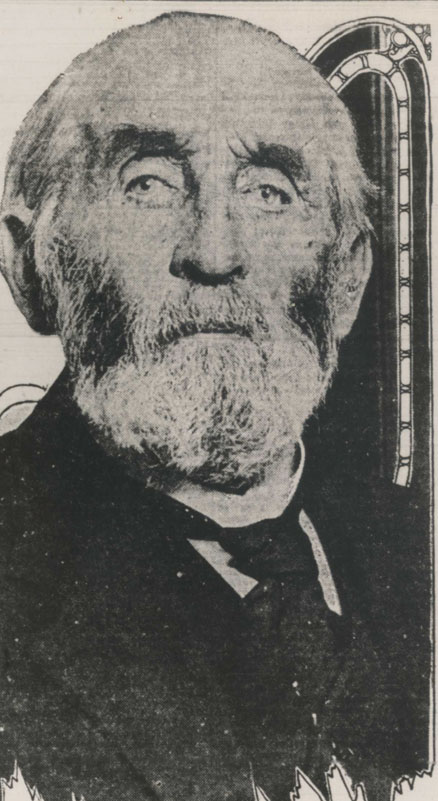 From the Coastside Comet

“Dr. W. A. Brook, as public administrator of San Mateo county, Monday, through Ross  & Ross, attorneys, filed a petition for special letters of administration in the state of Mrs. Sarah Satira Coburn, brutally slain at her Pescadero home last week. According to the petition, Mrs. Coburn left an estate valued in excess of $100,000, and a will in which in which some of her relatives are overlooked.

“Mrs. Coburn’s will, disposing of her share of the Coburn estate, appraised at about $375,000 made bequests as follows: to the feeble-minded son, Wallace Loren, $50,000; to Mrs. Margaret Harrison, her companion for a year $2500; to Mrs. E.A. Eaton, friend, $2500; to Mrs. E.A. Eaton, friend $5000; so Attorney John McNab of San Francisco, $1,000a and the balance between Judge Bardin of Monterey and C. Widemann, lessee of the Coburn holdings. The reported mysterious disappearance of the club of wood with which Mrs. Coburn was murdered , and which is the most tangible clue the authorities have to work on, was cleared up Monday when it became known that Sheriff Michael Sheehan had possession of the death weapon.

“All day Sunday auoists halted at Pescadero to view the little eight-room house in which the Coburns lived and died. Half a dozen private sleuths  continue their investigations and report in the best detective manner, that there is “nothing new for publication.”

“In the meantime speculation continues rift on who murdered the wealthy widow, with the majority vehement in their belief that Wallace Loren Coburn, the demented stepson, had nothing whatever to do with it.

“For the first time in forty-five years, according to Sheriff Sheehan, Wallace Loren Coburn, the stepson, was given a haircut last Saturday at a barber shop.  Coburn fought against  being placed in the chair, but afterward seemed to enjoy the experience. He was also dressed in his first new suit of clothes in nearly half a century. He has had his hair cut by his stepmother or his mother, and has worn the castoff clothing of his late father, Loren Coburn [who died during  the 1919 Influenza Pandemic]

“From the Gardiner Sanitarium at Belmont, where the mad man is being kept, come reports that during the past few days, Wallace has repeatedly mumbled threats against well known residents of the coastside.”