24. 1770.
‘The fact is that Portola really did
find the port of Monterey on his return
trip from San Francisco bay, but he
did not recognize it. He erected two
crosses — one’ upon Monterey bay, tho
identity of the place being revealed to
him in San Diego bay by Captain Vila
of the ship San Carlos.
Portola thereupon decided to. make
another expedition to Monterey, which
he did, this time with a better outfit.
He sent the ship San Antonio by sea
with Juniparo Serra. Costanso, Prat
and a large cargo of stores, he himself
-proceeding by land with Fages. 12 Ca
talan volunteers, 7 soldiers, Crespi. 2
muleteers and 5 natives. He followed
the same route ho had taken on his
retreat from Monterey and arrived on
May 24 near the cross he had planted
on December 10 preceding. The San
Antonio arrived a week later, and on
June 3, 1770. Portola and his followers,
\u25a0with appropriate ceremonies, took for
mal possession -of the country, estab
lished the Presidio of Monterey and
the mission of San Carlos de Borromeo
de Monterey, the second mission in
California. ,• -”
On July 0 Portola turned the new
statlen and the district over to Lieu
tenant Fages and sailed for San Bias.
He never returned to California.
.The translation of the log of the San
Carlos, commanded by Don Juan Ma
nuel de Ayala la a moat interesting,
. document, as 13 the report of Ayala to
Don Antonio Maria Bucareli, viceroy
of New Spain, on his examination of
the port of San Francisco in 1775. This
report is accompanied by a singularly
accurate chart of San Francisco bay.
the original of which Is now Jn tha
India office. Seville. Spain.-
The little book gives succinct!* and
in most attractive form tha explora
tions of Portola, which San Franciscans
are now about to celebrate with th* co
operation of representatives of all civ
ilized nations. 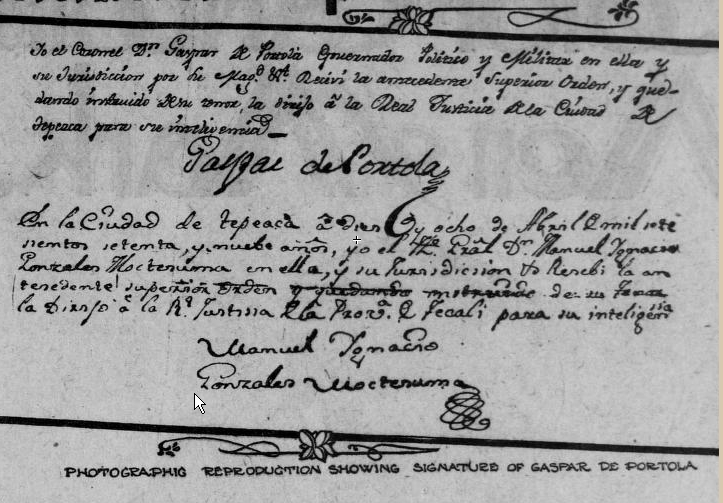