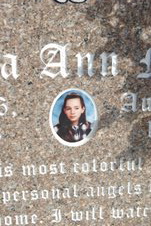 I thought you might be interested in hearing about my one and only trip to the Mt. Hope Cemetery in Pescadero. I did that as a part of the Pescadero Walking History Tour a few years ago. While it’s true I didn’t think the guide’s recountings would bring the subjects alive, I did find myself whistling as we passed through the cemetery’s entrance gate.

For 15 minutes I absorbed some begats… perished froms..and other familial genealogical revelations before moving off to satisfy my interest in gravestones. That’s when I photographed Mr. Ralston’s unusual, and to me, appealing epitaph, that I sent to you earlier, as well as a number of other tombstones and grave markers. They ranged from a pathetically funky, paint-blistered, foot tall wooden plank cross with a broken brick at it’s base to a corroded metal sheet with a keloid scar-looking lettered epitaph for a young baby burned into it with a welding torch to more conventional and vastly more expensive stone monuments.

Besides taking pictures of gravestones, I had a mission that originated with a newspaper column I had read a few weeks before in the San Jose Mercury. The columnist, Mike Cassady, had written a story about a woman, Ada Parsley, from San Jose, who, while visiting the Mt. Hope Cemetery on a whim, had noticed the extremely humble grave marker of a teenage girl.

Not knowing the dead teenager, or how she had died, Ada Parsley decided to be a Good Samaritan, and pay for a more substantial headstone. Which she did.

Unfortunately, the girl’s name was misspelled in the epitaph. It seemed a sad case of “If it wasn’t for bad luck, she wouldn’t have no luck at all.” But, the story further related that a craftsman, an engraver of gravestones, was willing to donate his skills to correct the error.

I just had to see this headstone, knowing that viewing it would peel off at least a few layers of the cynicism I’ve built up to protect myself from this world of harsh realities we live in.

A few minutes searching and I found the young woman’s grave with the headstone Ada had bought for her. The engraver hadn’t yet corrected her misspelled name, nevertheless it stood as a thoughtful reminder of a life departed and a stranger’s caring.

As I read the epitaph, trying to divine Ada’s philosophy of life from the words etched there, my proofreading habit kicked in, and I thought the word “planning” had been misspelled. Or perhaps, “planning” hadn’t been meant, but rather “planing” as it was engraved. Contextually, the former certainly made more sense, but epitaphs sometimes refer to planes of existence, although not usually so obscurely– so I wasn’t sure.

Later that day I emailed Mr. Cassady and asked him. I was most gratified to hear from him that it was an error and that it, along with the misspelled name, would be corrected. I hope it was done, but don’t think I’ll return to find out. Because since then, with great sadness and anger, I have learned the story of that murdered young girl and her killer and want to hold onto the glimmer of hope that the story of Ada Parsley’s caring provided me. Enjoy. John Vonderlin 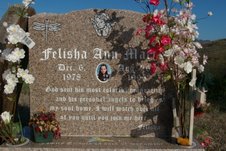