Point Ano Nuevo: A number of features combine to make Point Ano Nuevo the most remarkable and spectacular area on the entire Coastside. Punta del Ano Nuevo was one of the first landforms in California to receive a Spanish name. From his ship in January 1603, Captain Sebastian Viscaino saw the point and its island while exploring for Spain. The first contact between Europeans and the natives of this land, the Ramaytush or San Francisco Costanoan Indians, 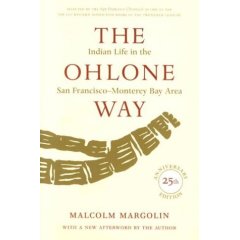 occurred here in 1769 when the Portola expedition entered what is today San Mateo County one mile to the south. A Spanish engineering officer returned later to survey the area and an outpost of Mission Santa Cruz was established after 1798. The first American settlers came int he decade after the Gold Rush, building a wooden railroad for lumbering and introducing large scale dairy farming.

The area is rich in fauna, particularly in the marine area where, due to submarine stacks and shoals which prevent commercial fishing, there is a prolific population of fish, crustaceans, and other invertebrates. Tidepools are found in the bedrock outcrops. Sea birds nest on the shoreline cliffs, and recently the northern elephant seal has extended its breeding area from Ano Nuevo Island to the mainland beaches.

Ano Nuevo Island: This small island, once the tip of a peninsula, is one of the most important pinniped breeding grounds in Northern California, including the elephant seal. This animal has returned to the island in the past decade after virtual extinction around the turn of the century.

The island has been the site of a light station since 1890, when a light was added to the warning of the foghorn installed in 1872. The light station was abandoned in 1948 and today is occupied by seals and sea lions.

This entry was posted in Ano Nuevo. Bookmark the permalink.