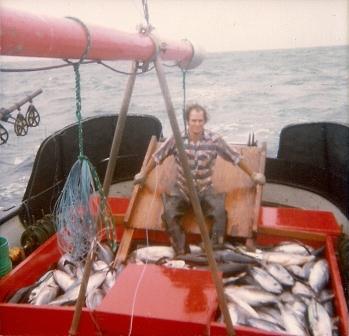 “SO YOUR NAVY will bring the hash out to my boat?” Bubba asked Mohammed Shamir Jang, somewhat incredulously. He’d heard that the Pakistani Navy participated in the loading of hashish, but was nonetheless surprised when Mohammed told him that this was how it would go.

“Yes, Mr. Lee. We are a poor nation. The beautiful green and white uniforms you see our sailors wear cost more than we pay them for their first year of wages. So we allow them to supplement their incomes. Actually, we encourage it. It will cost one thousand U.S. dollars for them to bring the load out to your boat. They will also stand by your ship until your skipper is safely underway; an added bonus in an area infamous for pirates.”

The Mr. Lee he referred to was actually Lee Rothman, more commonly known as Bubba. Bubba was buying a load of hashish for shipment to the United States. He had other associates, stateside, who would have the load picked up when it reached the other end. His long-time friend and confederate, Jay, would take care of all that. That wasn’t his job. His job was to send the drugs safely on their way from the port of Karachi. Bubba’s ocean-going tug was anchored in Sonmiani Bay, but would motor nearer to the area of the Karachi wharfs when it was time to load up. The Aussie skipper of the Strident was a punctilious man, anxious to get underway.

“Very good, my old friend, I will give Captain Alistair the fee and instruct him to give it to the Captain of your Navy boat as soon as the cargo is transferred. Or half, then half, if that is preferred,” Bubba said.

“Half, then half, sounds too fair for anyone to argue.” Mohammed smiled.

They agreed on the timing, made further arrangements as to how and when Bubba would pay Mohammed for the load, shook hands, and parted feeling confident each had made a clean deal. Bubba, however, was already having thoughts of the next part of this endeavor—moving the hashish halfway across the world. He’d let Jay worry about getting it into the United States. That was something else entirely. The important part was that this was Operation Rehash, and it was time to roll. The fix was in. And he was now working both sides of the street.

THE STRIDENT  HAD been underway for a week when it approached the Strait of Malacca between Sumatra and Malaysia. As they left the Indian Ocean, passing through the Great Channel into the Andaman Sea, Captain Alistair had all hands armed and ready on deck. The Malacca Strait is 400 miles long and fraught with pirates. At the speed they were making, it would take about twenty hours to clear the strait. Half of that time would be in the dark.

Al had timed it so that they would traverse the first half of this dangerous passage at night. He felt his odds were better at night, where the Strait was not so narrow. That way, as they approached the narrow southwest end of the Strait, he would have daylight on his side. Al hollered at his first mate, a burly Australian named Chapman.

“Keep a sharp eye. I can see small blips on the radar. They show just a mile or so ahead. It’s likely to be fishing boats, but keep sharp.”

As time passed, tension seeped further into the already jittery nervous systems of the crew. All of these men knew how dangerous these waters were. They’d been on edge preceding this leg of their journey. Once they hit the Great Channel entrance to the pirate zone, though, the danger was magnified exponentially. They all knew this. There was no coast guard to turn to when you were hauling drugs.

“Cap’n,” Chapman spoke loud and clear, so everyone could hear him. “I see one boat now. It’s a fishing boat. I can see the guys working nets in the deck lights.”

“Okay, Chap. Rest easier, but don’t get too comfortable. We’ve got a long night ahead of us.”

THE STRIDENT MADE it completely through the Malacca Strait without incident. It was only after they’d left the Singapore Strait, setting a course that would thread them through the Kepulaua Islands, that the trouble they had so assiduously avoided finally found them. All hands were focused ahead on the South China Sea, and the Luzon Strait beyond that, and no one noticed the pirates speeding up on their stern. Indeed, the pirates must have known this would be so. The small craft of the pirates blended in with other commercial vessels in the dark of night, and were upon the tug before anyone was the wiser. The smugglers were too busy watching the busy hand of the magician, and did not notice the deft hand.

It wasn’t until a grappling hook clinked over the stern rail that someone noticed them. And by then it was almost too late. The Filipino crew were all bedded down except their foreman, Fernando, who was the only one able to communicate with the two white men. It was Fernando who spotted the three-pronged hook as it took its bite into the inside of the stern bulwark.

“We got ‘um some company!” Fernando got very excited, very quickly.

This was the reason Alistair was picked for this job. He was fast and aggressive. His large, athletic frame moved like a panther. He grabbed the AK-47 and was out the back door of the wheelhouse as the first pirate came over the stern.

“Tat, tat, tat, tat!” The pirate was blasted backwards and into the tug’s foaming wake. This man’s appearance was a ruse and a diversion, and it almost worked. For two other pirates had come up over the bow bulwark as Alistair and Chapman were concentrating on the stern. The Malaysians were on Alistair’s back with knives before he was aware they had boarded. Fernando was on them in an instant. His flashing knives, Chinese butterfly knives, slashed and pierced them before they could do any damage to Alistair. A pristine deck was instantly awash with blood. Chapman wasted no time tossing the corpses of the intruders over the rail.

As suddenly as it had begun, it was over. By the time the Filipino crew boiled up from the lower decks and the fo’c’sle and stood bristling with arms, there was nothing under the deck lights except a smeared pool of blood and the steady low throbbing of the engines.

The pirates had come with only two boats, and two men per boat. The boat in the stern could be seen motoring away with a single, frantic man handling the outboard tiller. The other boat was adrift.

“Better walk the rails with flashlights and AK’s,” Alistair instructed.

“Aye, eye, eye, Captain,” Fernando said, and the others started to laugh. Fernando’s English wasn’t as good as it could have been.

NEXT: Chapter One, The Fisherman

This entry was posted in Rob Tillitz and tagged Rob Tilitz. Bookmark the permalink.