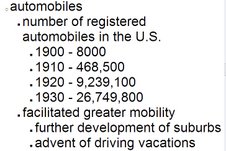 Hi June,
This June 4th, 1905 article from the
San Francisco “Call,” describes three
main routes the members of the Auto-
mobile Club of California can take to
their event in Santa Cruz. I wonder which
way I would have gone? Spirit of adventure
and horse-assisted beach run or honk
vigorously, drive slowly and watch for
drivers coming the other way on curves?
Cape Horn and Alligator Rock would have
won hands down.
Enjoy. John

AUTOMOBILE CLUB PLANS
OUTING TO SANTA CRUZ
Three Routes, Each Offering Charms
of Its Own; May Be Taken From Oakland

The members of the Automobile Club
of California will rendezvous next
Saturday at Santa Cruz, the Sea Beach
Hotel being their headquarters. C. C.
Moore, captain of the run, and the ex-
ecutive committee of the club have is-
sued a circular to the members stat-
ing that favorable rates have been se-
cured from the hotels and arrange-
ments made for an ample supply of
gasoline and lubricating oil; as well as
for garage accommodation.
The members will reach Santa Cruz
by any route they may prefer. Three
roads are available. The first is by
way of Los Gatos, the Hotel de Red-
wood and Soquel, the distance by it
from Oakland being about eighty miles.
The road is one of the best, easiest and
most beautiful mountain roads in the
State, not having more than eight or
nine miles of hill and being nowhere
too steep for light-powered motor cars.
It is in fine condition and is strongly
recommended by the committee, as
signboards, give plain directions. The
time required from Oakland to Santa
Cruz is not more than five or six hours.
Members are cautioned to sound their
horns vigorously and proceed slowly
on curves to give any driver approach
ing an opportunity to turn out
The second route is by way of San
Jose, Gilroy, San Juan and Watson-
vllle. The only hills are some short
ones near San Juan, the route passing
through the canyon to the north of the
San Juan grade and joining the Pajaro
Valley near Watsonvllle. From Wasonville
to Santa Cruz the road is in fair condition
and comparatively level. Those who
choose this route should allow eight or
nine hours for the trip as the distance is
about 130 miles and a stop must be made
for luncheon.
The thlrd route is by way of Halfmoon
Bay and Pescadero. The road
passes over a rolling country and is in
excellent condition with a uniformly
smooth surface. The only drawback is
that about ione and a half miles of
beach must be crossed at a point twelve
miles below Pescndero. At low water, or
even at half tide, any motor car can run
along the beach. There will be a little
trouble in pulling off the beach through
dry sand to get on to the road again. To
obviate this a team of horses will be
stationed at the spot on Saturday, ready;
to pull the machines over the sandy
stretch.
Members who are attracted by the
spice of adventure on thls route can go
by way of Colma to.the coast and San
Mateo to Half moon Bay or by way of
Redwood City. to Pescadero. Eight or
nine hours should bwe allowed for this
route.