Curious Traveler’s Guide to Pescadero & How To Make Almost-Papyrus 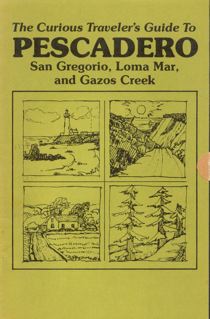 Long ago, a friend gave me a Xeroxed article about Pescadero artist Molly Ramolla and her technique for making “almost” papyrus. I think it came from Sunset magazine but there is no date or other evidence of its origin. Molly’s studio was then located in the “Old Barn” on Stage Road. She has since moved to Arizona, where, last I heard, she owned an art gallery, featuring her work–but she may have moved on from there.

I own several of Molly’s paintings, one of a rainstorm over the Pacific near Pescadero… the other was created on the handmade papyrus that I will describe below, and pictures a quiet farm scene in San Gregorio. A third Molly Ramolla piece–this one a favorite–a (close-up) painting of an old window, the kind with multiple, small panes–you’re inside and you’re looking out of this window and it’s raining outside. An emotional tugger, one that, if you’re in a mood, pulls the tears out of you. 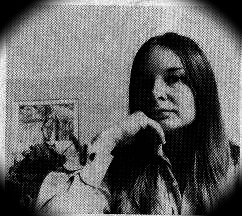 “Ancient Egyptians were among the first to devise a method of writing and something to write on–papyrus. You can still make a close duplicate of this ancient paper, as Molly Ramolla demonstrates in her studio in Pescadero, California.

“Although the original technique of making papyrus is still unknown, Ms. Ramolla has come up with a method that produces a durable facsimile.

“All you need are the tough-fibered stems of sedges, rushes, or bulrushes. (Ms. Ramolla recommends sedges–they make a paper similar to that of the ‘Cyperus paprus‘ originally used.)

“You’ll find these plants growing wild in freshwater marshes, wet meadows, tidal flats, wet banks and muddy edges of creeks and streams, and many other wet spots. Look for tall reeds with a triangular cross section. If the location is in public parkland, check with the ranger for legalities; if private, ask the owner for permission to cut.

“Gather 10 to 12 reeds for one large or several small pieces of papyrus, and slice the outer green fiber from the inner white fiber. Cut up both fibers and soak them separately in soft water, covered, for three to four months, changing the water when it starts to smell. Then rinse the fibers until clean and squeeze out excess water.

“Pound the coarse outer fibers on a lightly oiled wooden board using a hammer, mallet, or smooth stone. (A piece of clear plastic over the fibers will prevent splashing.) Continue pounding at the same time adding the fine inner fibers until the desired size and thickness of paper is reached. If you like, add sediment that has collected during soaking and pound it in to produce a smoother, whiter surface.

“Dry the beaten fibers in the sun on the wooden board for 30 to 60 minutes. Then spray them lightly with water an press between layers of paper towels and newspaper under a heavy weight for two to three days. (Check to see if paper towels need to be changed to prevent mildew.)

“Finally, polish the papyrus with a firm, smooth object to seal the surface and give the paper a finer finish. Now you’re ready to try watercolors, ink, or tempera on your homemade paper–perhaps your favorite poem….”

***According to a short bio: Molly Ramolla was born in Berlin, Germany in 1942, attended school thre after World War II, and studied at the Berlin Academy of Fine Arts fro 1960 to 1965….Accomplished in a wide range of artistic media, she has produced oils, watercolors, lithographs, and unique paintings on papyrus (which she prepares herself) and has exhibited in Berlin, Mexico City and various cities in California….